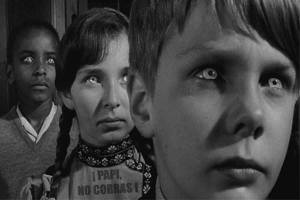 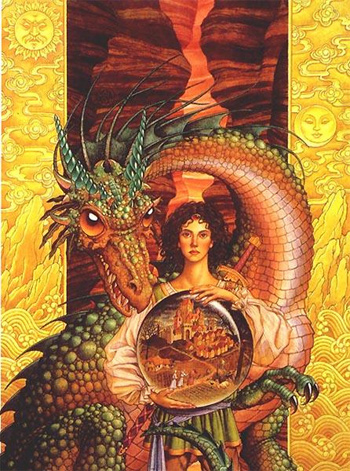 Using the faculties of desire and imagination turned onto the Earth body, we channel the subliminal frequencies of the planet in a two-way stream for co-creation. With our own bodies as instrument and Earth, the Revealer, we need only to ground into the sentient presence of Earth’s tantric energies to evoke a silent cognitive lucidity in our ordinary mindstream. Rapturous immersion with our immediate and imminent Source – planet Earth, we also align with the galaxy, the Source of Mother Earth, and to the Unity field, the Source of the galaxy. Alignment Circuit: Human>Planet>Galaxy=Unity Field. Aligning within this frequency circuit attracts information from other dimensions and awareness outside of the manifest form and direction. With our extrasensory capacities rooted in Nature, phylogenetic memory awakens. This network of hyper-intelligence acts like a biological internet as we entrain within the stream of wellbeing into a singularity of human potential.

Humanity cannot find its way into alignment without mastering the problem of extra human predation, Archontic intrusion that deviates the human species into self betrayal of our discriminating powers and authenticity in Nature, as beings of Nature. This intrapsychic intrusion often goes unnoticed as it is disguised in the way we think, in the way society conforms our thinking to the synthetic processes of its virtual realities. Virtual reality is fake and takes us off our emergent path with Nature. Virtual reality is a mental fantasy and of pretending and is thus, disconnected from Source. It is anti-erotic, anti-nature, and anti-feminine at the core often driving humanity into error beyond the scale of correction.

Deviation from our Source and medium of instruction begins at birth. The processes of building the self-image of our potential is entwined with our psychosexual and spiritual development, which relies upon three factors: Our biological inheritance, imposed education or indoctrination and self-education.

Of the three self-image builder’s, self-education is the only factor that is basically subject to personal will, while the others are determined biologically and by the governing environment and mental structure we are born into. Inasmuch that self-education builds the power of personal will – imposed education is actually the most active element in our developmental process because it operates in two directions at once. From birth it parallels self-education until societies patterns, values and behaviors have been instilled in us over-laying our natural feelingness and spontaneity for its expectation of what we should think, feel, say and do. It then rewards us when we follow its social values and it punishes us or withdraws when we think and act spontaneously upon the will of our inner promptings. Social withdrawal is a conditioning mechanism that is effective and painful because it ostracizes individuals or groups by pushing them outside the social grip of acceptance. Amidst varying degrees, we are all enmeshed within this social control system – a simulator of organic life experiences that operates out of the false personality of pretext and not of the Soul life. The educational process is part of the social control system of role uniformity and it differs according to whether we are male or female, however we are all perceived as consumers and the best consumers are those that are not united. While our gender influences our position in society, the method of suppressing non-conformist tendencies or expressions of desires and needs affects both genders, but plays out differently. To the point that we have internalized sex-role stereotypes is the depth of our conformity to the pervading ideological virus i.e. dominant power.

This illusory system or method of “the noble lie” is not only subversive to our authentic nature, it is inversive. What is true is inverted with a lie or perverted to reflect the opposite. The heresy against our imminent and immediate Source is pathological and ecocidal. It is the ultimate hoax against a well-meaning humanity to divest our Divinity, our free will, of fostering human potential and co-evolution with Nature through intimate communion with the living intelligence of the Earth. Instead, our gifts born of Nature are co-opted through the diversion of our attention onto superficial importance and slavish obedience to the dominator culture.

For instance, all survival is temporary and thus, many of us use our finite time here on earth doing other people’s work, dream others dreams and exist in a box created by others instead of living our own essence, a life constructed of our own imaginative desires and expression of our own inner genius. The dominator culture has us so steeped into social control programs that we have lost our feeling edge, our authenticity of being and imagination that we are unconscious of societies imprint upon us. Most of us live behind a mask or face-plate that covers our authentic nature in our daily actions that we actually become the escape artist of the true self. Entirely caught up in the projected image of the false self we are barred from authenticity of feeling and spontaneity, imagination and freedom of thought, which shuts down our psychic thermometer. Sadly, many of us die without ever knowing our substantive being, our inner spiritual life through Nature and instead settle for a counterfeit life that is a modicum of our innate creative potential. This is the HOAX, the ultimate control over humanities Divine heritage from ever coming to fruition and keeping people so distracted and mechanized from even knowing there is a divine inheritance to claim.

There is always a price to pay for conformity, for second hand experiences mimicking truth by way of compensation. Our minds are so impressed within the reward and punishment system that our inner critic or negative ego-mind arouses such intense anxiety and conflict in our psychology should we think beyond its conditioned template. Any time there is an erotic urge to express creativity, invent something new, immerse in Nature, imagine with great feeling or realize our aspirations, we let in fear and inadequacy. Here doubt takes over to quash the creative Soul impulse. These fear packages manifest effects in our ability to produce or perform keeping us in light code lock down, blinded to truth. The blockage of creative life flow produces problems in our ability to interact with others and form intimate relations that suppression becomes the best antidote to confusion. The distortions of doubt, inadequacy, and fear has borne an epidemic of loneliness and the ability to be fully sexually responsive and creative in life. I say, feel the fear and break free from the Lie!

Individual confusion and disconnect always releases its way back into society and its subcultures. The frictions produced between the stirrings of our inner world and the expectation of the outer world promotes pathological relational extremes. These points of tension reinforce the gender war, impact family life and arrest the natural tendency towards spiritual relation and Earth revelation. When sexual or generative energy, our potentate life force, is not elevated and properly utilized there is error, some would call sin. Errors when detected require correction if we are to participate in the development of life and the consciousness within the shared matrix of Nature where new elements constantly arise to express and optimize the integral properties of the whole.

Cultural identification patterns do not correct, they deviate us off our natural course. Often what a dominator culture considers to be appropriate does not necessarily mean that it is healthy or right especially when it is based upon novelty production, tangibility and profit. Mass-mind consciousness works by co-opting what is natural and then denigrating it. For instance, dysfunction becomes the norm when identities blur through the regressive attachment to things where the focus of life becomes more about how things appear rather than how they really are. Life’s meaning becomes superficial and all purpose is lost.

Remember that the Archontic formula and its psychopathy is to invert or make opposite that which is real and make us believe that the false is true. This mind game keeps us polarized in extremes at the base level of existence. Diverting Natures generative functions bifurcates the relationship between female and male, mind and body, body and soul, humanity and Earth, and life and death. With the creative impulse controlled through redirection, dulling and distraction, the great drama of sex remains on the physical plane lowered to a static survival frequency that eludes the true significance of sexual relation and pleasure, ecstatic bliss, creativity, joyful living and somatic enlightenment.

The Archontic infused dominator culture has no creational focus and teaches no creational focus, only destructiveness through self-absorption by perpetuated thinking of the same distortion – a virtual reality program. I call this pattern the “vicious cycle of addictive consciousness.” If we observe the patterns we emanate in the world and become conscious of these divisive principles of orientation, we begin to recognize how the social patterns embedded within our psyches are used to negate ourselves by depressing the expression of our essence meant to destroy the psyche of enthusiasm, creativity, and moral nature of our divine human intelligence.

Let us probe the pattern and sexual paradigm layer by layer to reveal how we misuse and misunderstand the masculine and feminine energetic principles of “life” that fragments wholeness into parts, makes love into war, and turns virtue into vice.

” A virtue is the mean between two vices.”~ Aristotle

Alisa Battaglia ©2008-2018 Excepted from “The Essential Self, Cultivating the Sacred Feminine through  Polarity Integration.”

This site uses Akismet to reduce spam. Learn how your comment data is processed.